In November of 2012 (on election day), I was sick in bed when I got the exciting news that the Interweave editorial committee had voted to approve my book proposal for publication. But that was just the first step. They wanted me to make a few changes, mainly adding more of the "geometric squares", and a few less of the "picture squares". So, here I thought the book was half written, and I was back to the drawing board (literally). 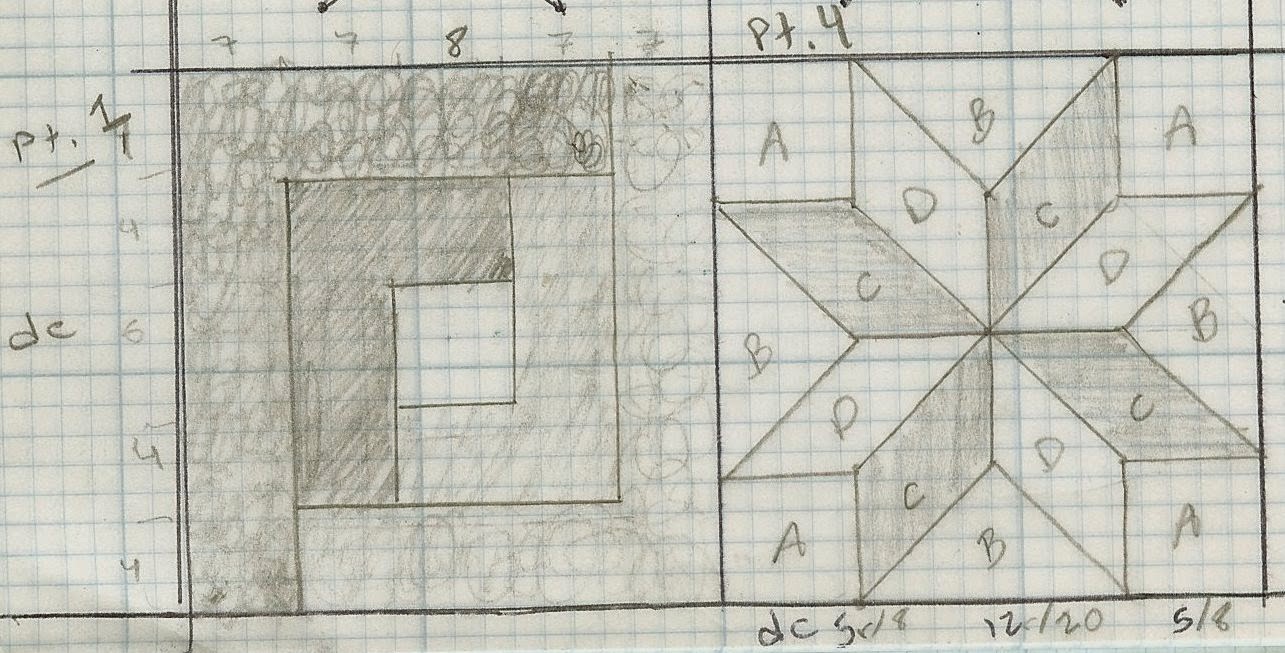 My original 12 "geometric" squares were designed specifically to teach something about the Reversible Intarsia Technique. I was not sure where to start with designing more until a friend from my local crochet group, Julia Hosack, pointed out that the last square in my original sampler looked a 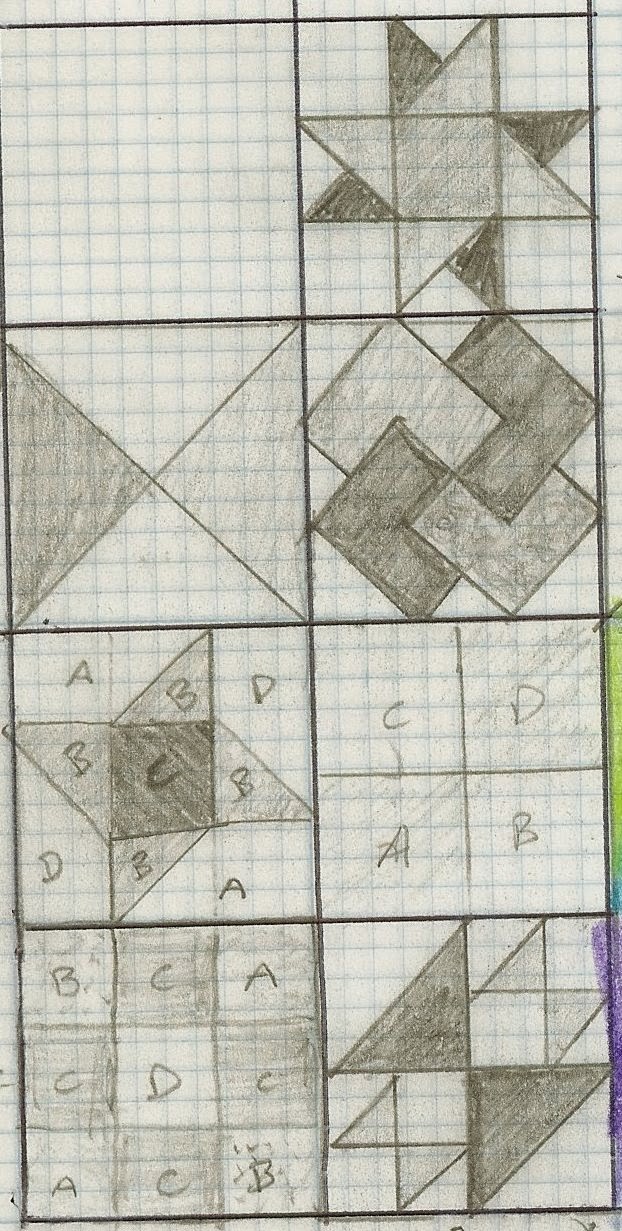 lot like a traditional quilt square called the "Snails Trail". She suggested a couple of quilt layouts using that particular block, and some other "filler" or "setting" blocks.

When I got home, I pulled out the never quite finished nine-patch quilt I had tucked away from the first quilt class I took nearly 2 decades ago. I drew more inspiration from there and began sketching various blocks on graph paper. I did many searches online to find the most common names for some of the squares, and inspiration for possible layouts for using the blocks in a full blanket.