Knit-Out And Crochet in Tigard 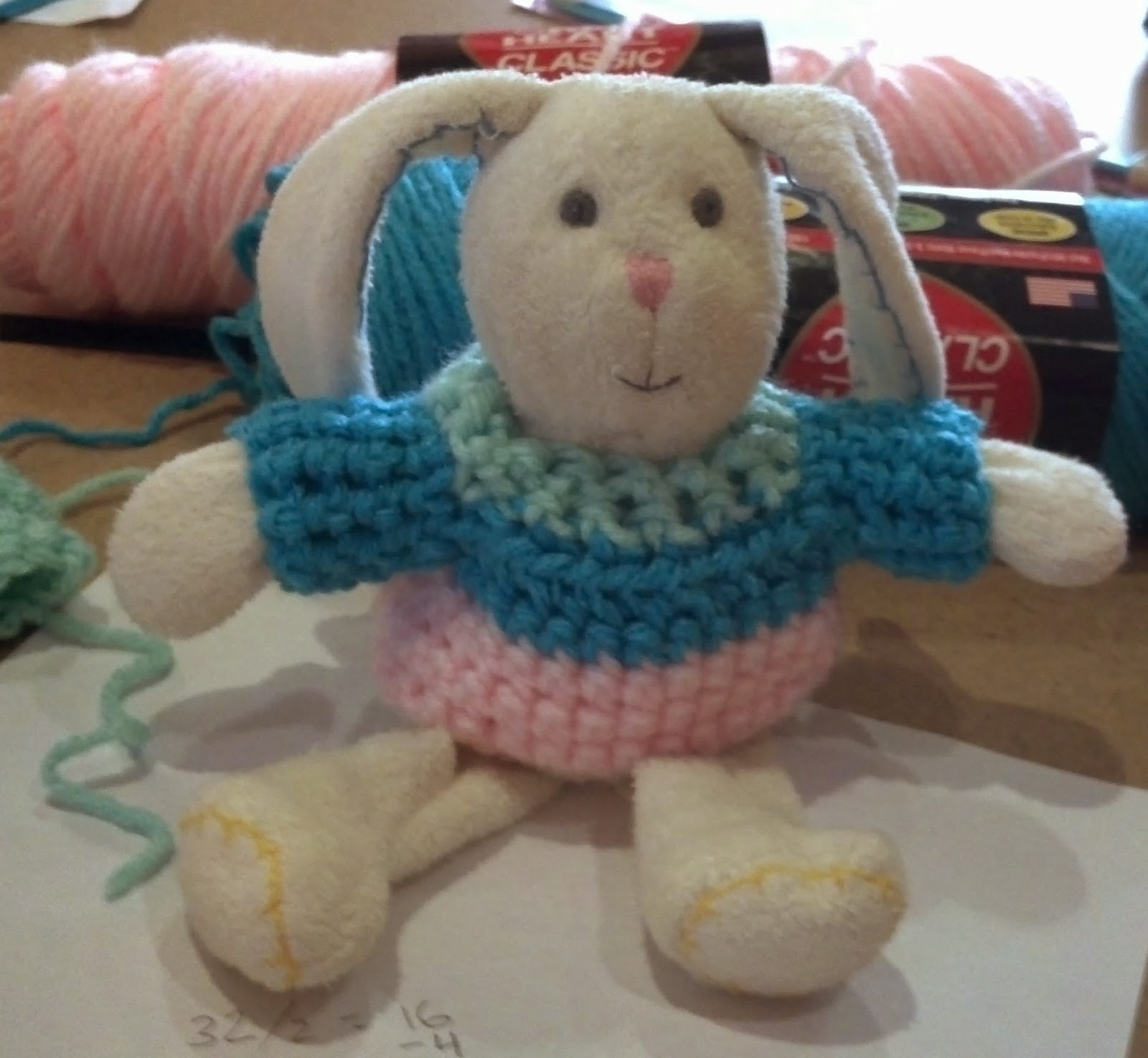 On Saturday, I had the pleasure of attending the Tigard Crochet and Knitting Guild's Knit-out and Crochet Event, held every year at the Tigard Library. They set up tables where experienced crocheters and knitters are available to teach newbies, and advertise it for the community. Each newbie received a skein of yarn, hook or needles, and a ticket for door prizes that were drawn throughout the afternoon (including copies of each of my books).

I got several of my friends and even my Dad to come down from Vancouver. One crocheting friend brought her knitting sister, and they each spent the afternoon learning the other's skill. She was a quick study, so once the sister got started on a dc-ch1-dc mesh scarf (using the pattern provided by the event), I helped her start adding her initials in Filet Crochet just to keep it interesting!
I also helped my dad get started on his Intarsia Greenbay "G". He took the Reversible Intarsia mini-class at my Book Launch Party last month, but was ready to jump into the deep end (with a little hands-on guidance) to learn the rest of the technique AS he designs his first crocheted intarsia pattern (he just learned to crochet last month). This "G" will be the centerpiece of an afghan he is making for his wife (they grew up in Wisconsin) made of the green and yellow sampler squares he made from my first book.
Then I was approached by a 13 year old girl who told me she had heard I might be able to help her make a sweater! Eventually she explained that the sweater was for her niece's little stuffed bunny, and I had a great time working her through the steps I have used to make little clothes for my own kids' toys. Once we completed the first sweater, she decided to make a harness for her (live) pet lizard! I was not sure how this one was going to work, but she whipped it up, and started in on a second sweater for the bunny. I went over increasing and decreasing, weaving in ends, and we even talked about how to make the sleeves fit into the armholes best. At the end she said she felt like she could make herself a sweater now too!