Here is the first of several new tutorials I will be posting as resources for the pattern being sent out with our latest Ficstitches Yarns Crochet Kit Club. Don't miss out on the next kit available in October!

The Reverse Slip Knot can be used as an alternative when the Magic Circle (or adjustable loop) is called for in a pattern. Just remember that the first chain is your adjustable ring, so you may need to add one chain to the beginning if you start with a Reverse Slip Knot instead. Find Left-handed Tutorial HERE. 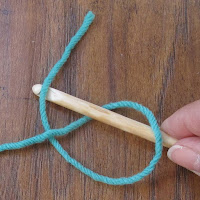 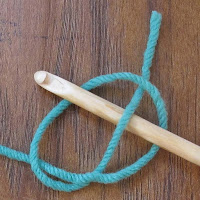 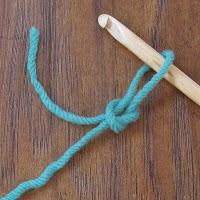 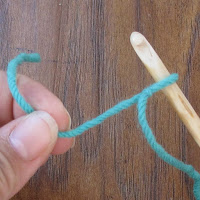 Working Into a Reverse Slip Knot Tutorial
1.     Insert hook into farthest chain from hook, under 2 loops of chain. 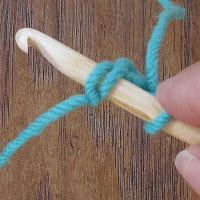 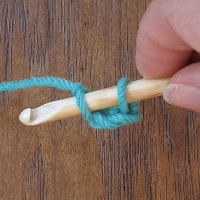 2.    Work all indicated stitches of first round into that first chain. 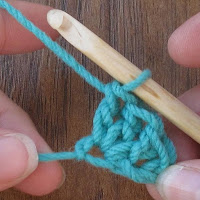 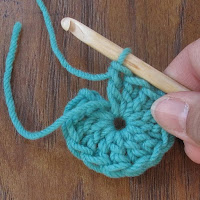 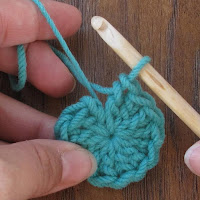 For a long time, almost all patterns worked in the round used a Chain Circle, but this technique tends to leave a hole in the middle. This is likely because crochet was first developed for making lace, which is intended to have holes. But who wants a hole in the middle of a hat? Using the “Magic Circle” avoids this hole, by working stitches into a loop of yarn wrapped twice around your fingers which can be pulled tight after you are done working all of your stitches into the center of the loop.

Above is an alternative (which I originally learned as the “Magic Circle”) can be formed by simply working a Reverse Slip Knot. Rather than having the adjustable side of your slip knot attached to your skein of yarn, you will pull through the shorter tail, so you can pull the loop tight by simply pulling that end. There are a few different ways to work the Magic Circle. If you would like to try the more standard way of doing it, check out Moogly's Magic Circle Tutorial.
Posted by Laurinda Reddig